RRef stands for Remote REFerence. It is a reference of an object which is located on the local or remote worker, and transparently handles reference counting under the hood. Conceptually, it can be considered as a distributed shared pointer. Applications can create an RRef by calling remote(). Each RRef is owned by the callee worker of the remote() call (i.e., owner) and can be used by multiple users. The owner stores the real data and keeps track of the global reference count. Every RRef can be uniquely identified by a global RRefId, which is assigned at the time of creation on the caller of the remote() call.

G1. The owner will be notified when any UserRRef is deleted.

As messages might come delayed or out-of-order, we need one more guarantee to make sure the delete message is not processed too soon. If A sends a message to B that involves an RRef, we call the RRef on A (the parent RRef) and the RRef on B (the child RRef).

Consider the following example, where the OwnerRRef forks to A, then A forks to Y, and Y forks to Z:

If all of Z’s messages, including the delete message, are processed by the owner before Y’s messages. the owner will learn of Z’s deletion befores knowing Y exists. Nevertheless, this does not cause any problem. Because, at least one of Y’s ancestors will be alive (A) and it will prevent the owner from deleting the OwnerRRef. More specifically, if the owner does not know Y, A cannot be deleted due to G2, and the owner knows A since it is A’s parent. 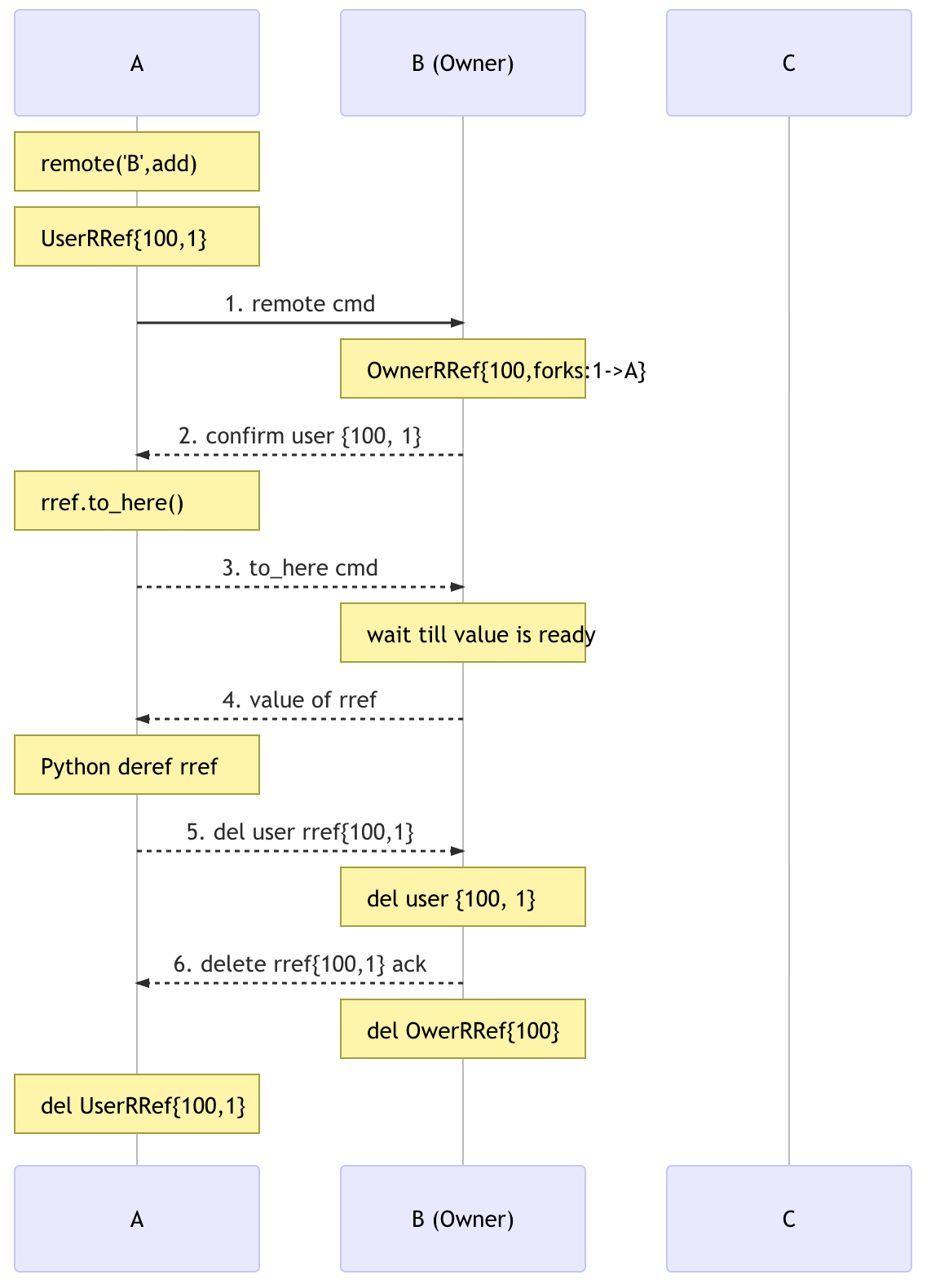 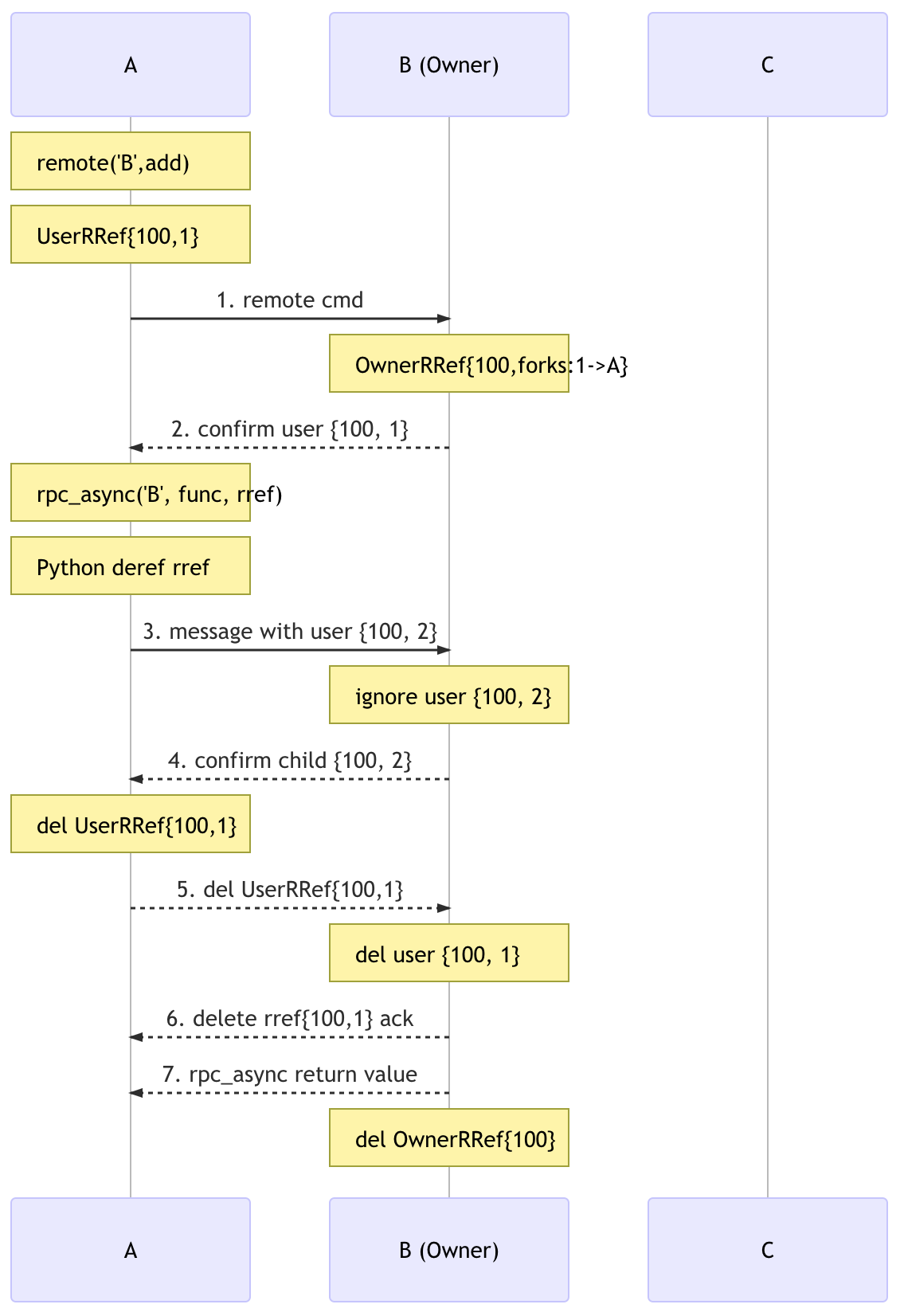 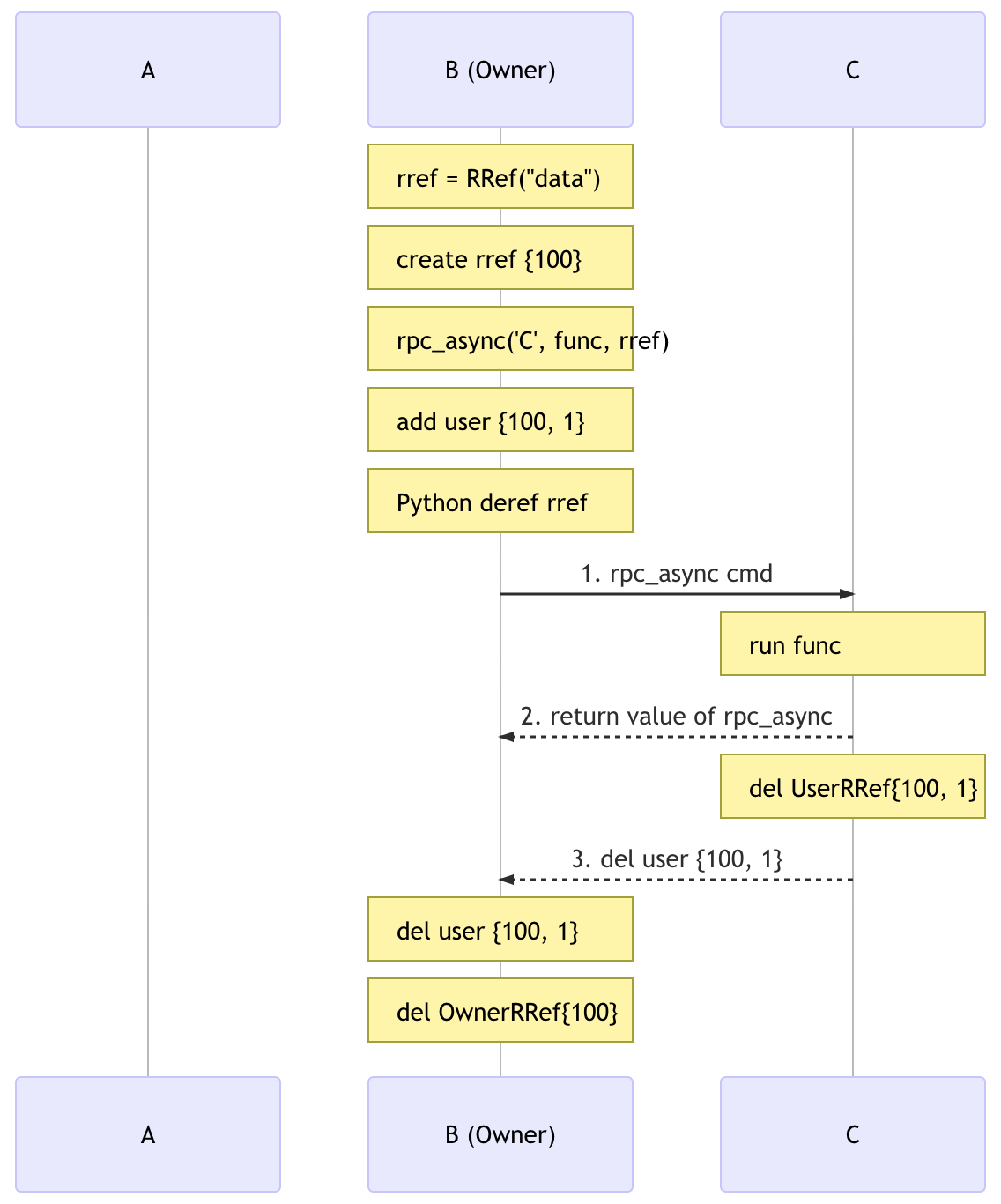 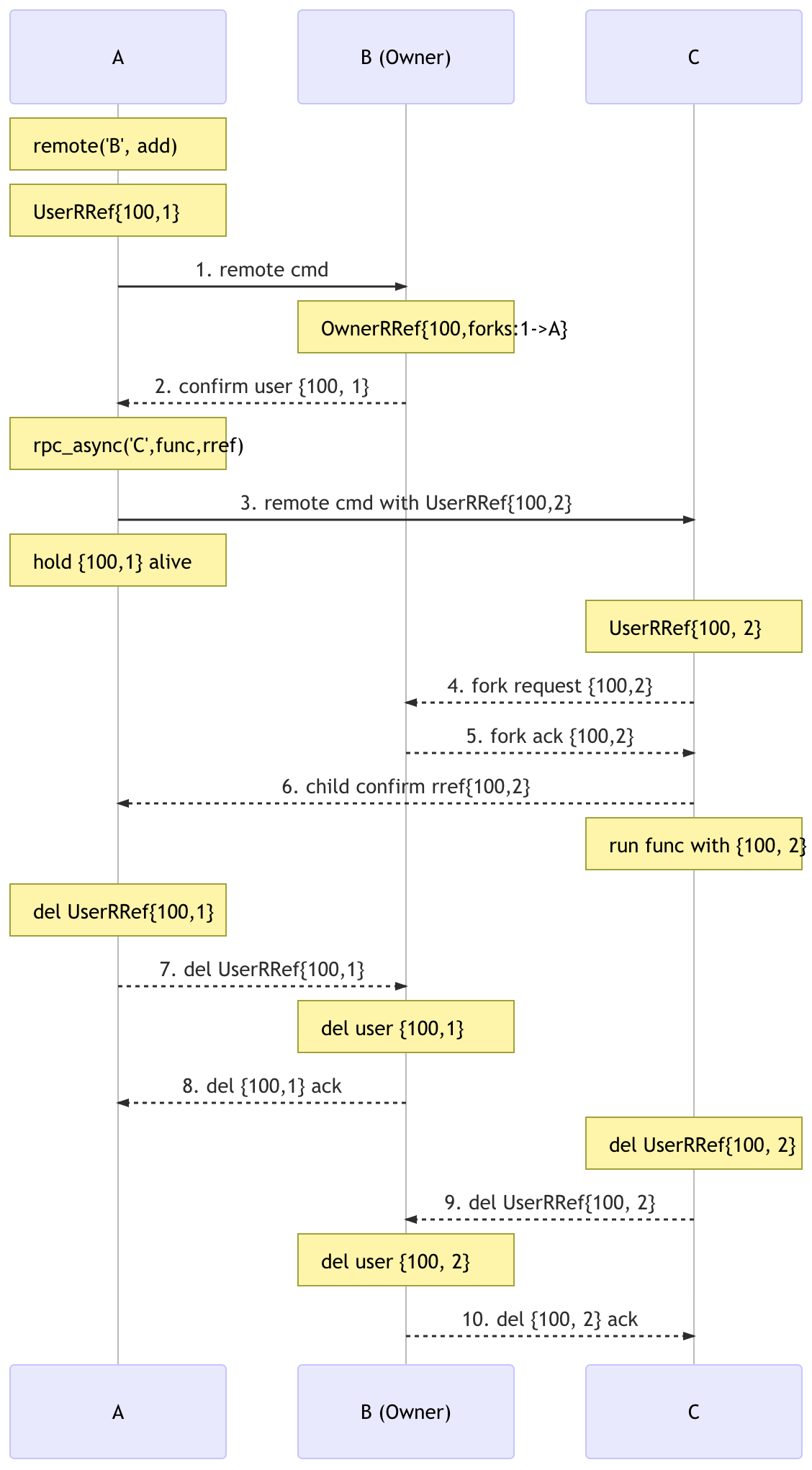