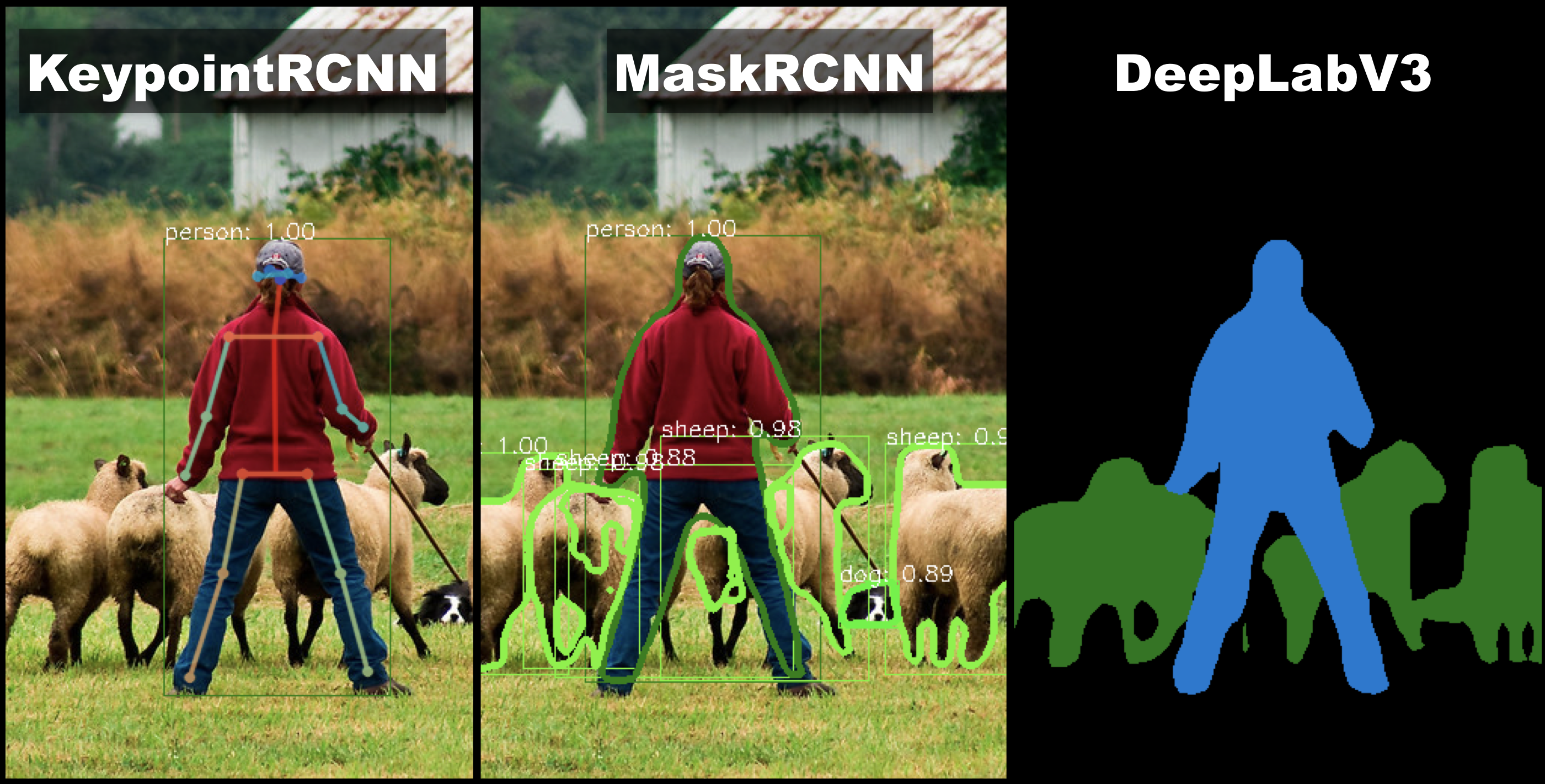 torchvision ops: torchvision now contains custom C++ / CUDA operators. Those operators are specific to computer vision, and make it easier to build object detection models. These operators currently do not support PyTorch script mode, but support for it is planned for in the next release. Some of the ops supported include:

Here are a few examples on using torchvision ops:

New models and datasets: torchvision now adds support for object detection, instance segmentation and person keypoint detection models. In addition, several popular datasets have been added. Note: The API is currently experimental and might change in future versions of torchvision. New models include:

The 0.3 release also contains models for dense pixelwise prediction on images. It adds FCN and DeepLabV3 segmentation models, using a ResNet50 and ResNet101 backbones. Pre-trained weights for ResNet101 backbone are available, and have been trained on a subset of COCO train2017, which contains the same 20 categories as those from Pascal VOC.

The pre-trained models give the following results on the subset of COCO val2017 which contain the same 20 categories as those present in Pascal VOC:

The implementations of the models for object detection, instance segmentation and keypoint detection are fast, specially during training.

For test time, we report the time for the model evaluation and post-processing (including mask pasting in image), but not the time for computing the precision-recall.

The following classification models were added:

The following datasets were added:

See the full release notes here as well as this getting started tutorial on Google Colab here, which describes how to fine tune your own instance segmentation model on a custom dataset.